The Tambov company "Pigment" received from the President of the Russian Federation Vladimir Putin a certificate and a commemorative medal "For a disinterested contribution to the organization of the All-Russian Mutual Assistance Action" # We Are Together ". The honorary award was presented to the head of the Sustainability and Corporate Communications Department of Pigment JSC, Irina Chemercheva, Acting Head of the Tambov Region, Maxim Egorov. 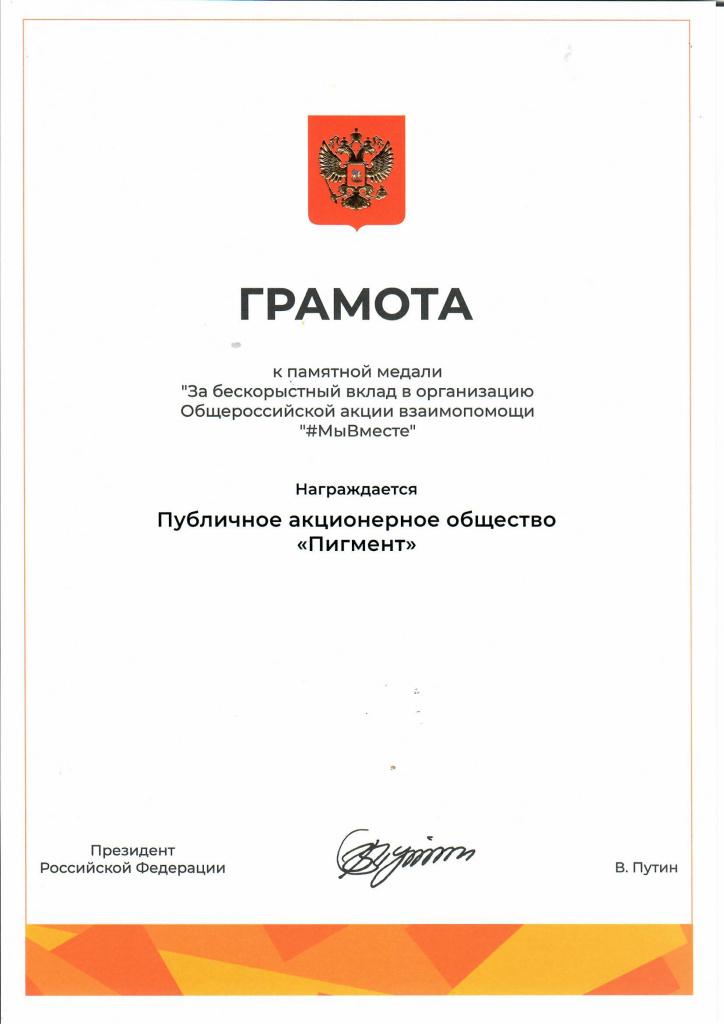 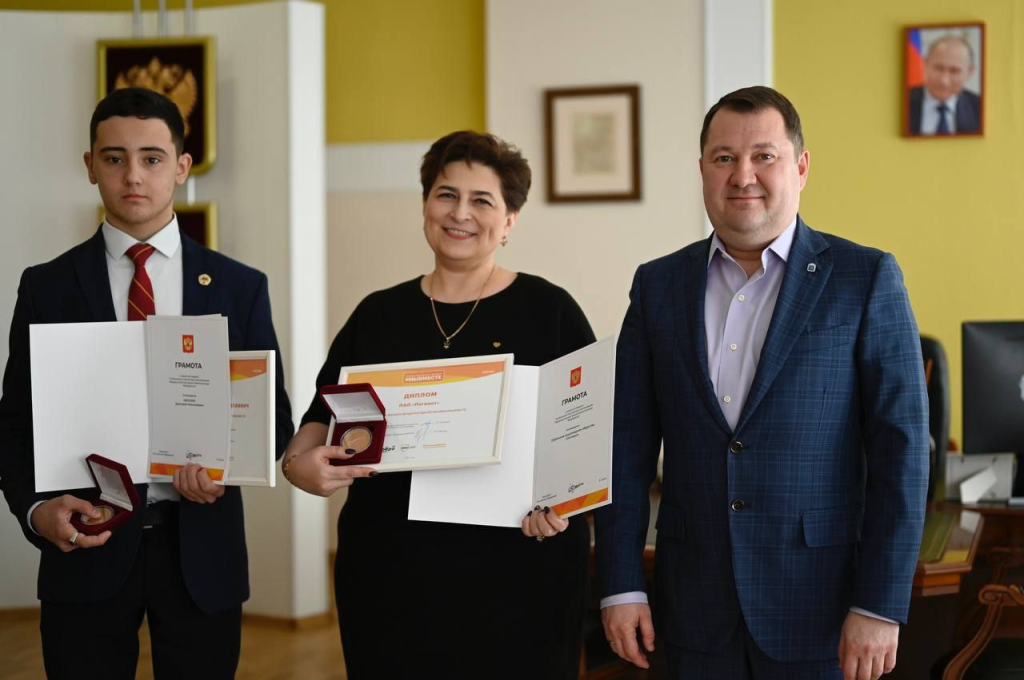 As a reminder, the #WeTogether award was held in 2021 in pursuance of the order of the President of the Russian Federation No. PR-1150 dated July 23, 2020. Its main goal is to identify leaders of social change from among the community, including businesses, to support companies' initiatives in the field of corporate social responsibility. The award reflects the contribution of the regions to the achievement of Russia's national development goals until 2030.

It should be noted that out of 25.4 thousand applications submitted for the Prize, only 288 finalists from all regions of Russia reached the final. In the "Business" track, 80 projects from 17 regions of Russia were presented in the final, including the project of JSC "Pigment", the only one from the Tambov region that passed all stages of assessments and examinations.

According to the results of the popular vote in the final and the assessments of the professional jury, the project of Pigment JSC "Information and Exhibition Center of Pigment PJSC as a center for sustainable development of the enterprise and territory" was recognized as the owner of the 1st place in the "Business" track in the "Land of Opportunities" nomination. The enterprise project was presented by Irina Chemercheva.

About the project. The information and exhibition center of JSC "Pigment" trains future specialists from schoolchildren and students, thereby forming an external personnel reserve, reduces the risks of non-replenishment of personnel, an increase in the average age of employees and inconsistencies with the trends of the times. The project popularizes engineering and technical professions, forms technological literacy and important qualities: from diligence to demanded “soft skills” (soft skills). It is also aimed at solving infrastructural issues related to the lack of funding for the study of natural sciences.