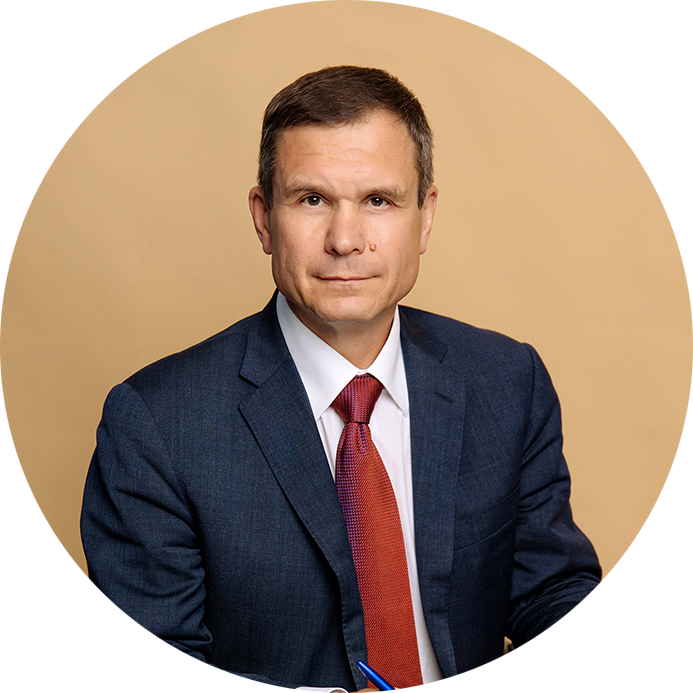 Andrey Nikolaevich Utrobin
General Director of KRATA Management Company LLC
«Many years of experience in the field of chemical production, highly qualified personnel, an established system of corporate values, constant development of scientific and production potential - all this is a guarantee of the reliability of JSC" Pigment "as a supplier of quality chemical products that meet international standards and meet the individual requirements of a particular consumer.»

PhD in Technical Sciences, Laureate of the Russian Government Prize in Science and Technology in 2001. Graduated in the Moscow Institute of Chemical Technology named after D.I. Mendeleev with a degree in basic organic and petrochemical synthesis.

In addition, graduated in the All-Russian Financial and Economic Institute. Since 1999 - President of CJSC NPF Tekhnokhim. Since 2002 - concurrently financial director of Pigment OJSC. Since June 2005 Andrey Nikolaevich is the general director of the enterprise.

Has a public award for his personal contribution in development of the Russian regions economy. Member of the Directors Board of JSC "Pigment". Since June 2008 - General Director of KRATA Management Company LLC. 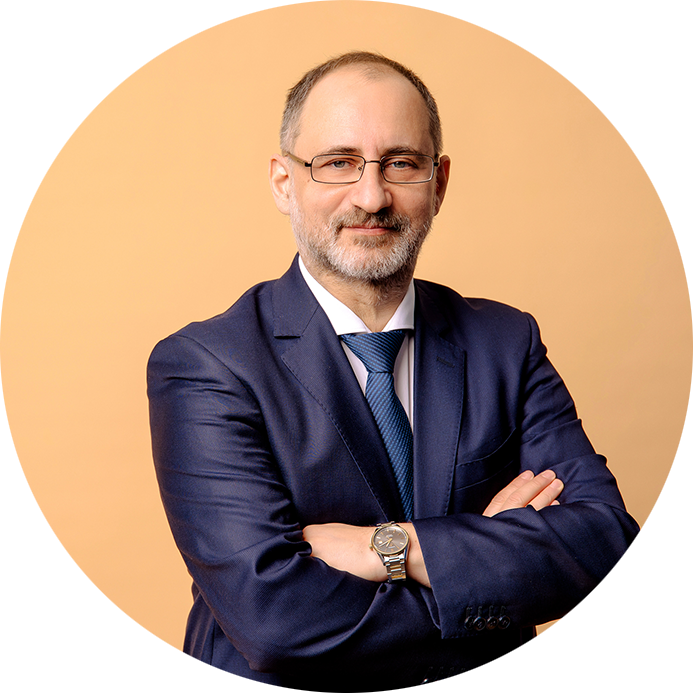 Oleg Semenovich Podobryansky
Deputy General Director of KRATA Management Company LLC
«Every day we work to ensure that our consumers, representing the construction, petrochemical, pulp and paper, paint and varnish, printing, light industries, have the opportunity to use high-quality, innovative chemical products in their production.”»
PhD in Biological Sciences. Born on April 10, 1965 in Gomel. In 1988 graduated in the Moscow Institute of Chemical Technology named after D.I. Mendeleev with a degree in industrial biotechnology. In 1991 defended PhD thesis. In 1999 graduated in the Higher School of Economics with a degree in Firm Economics. 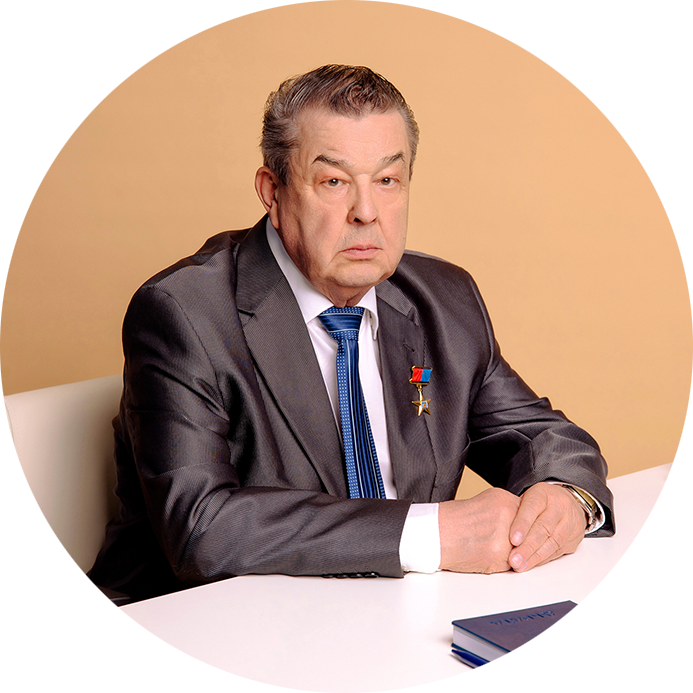 PhD in Chemical Sciences, Honorary Chemist of the USSR, Honored Chemist of Russia. For 25 years he was the head of PJSC Pigment.

Nikolai Pavlovich's contribution to the development of domestic industry was appreciated by the state. He has received government and community awards.

Since June 2005 - Director of Strategic Development. 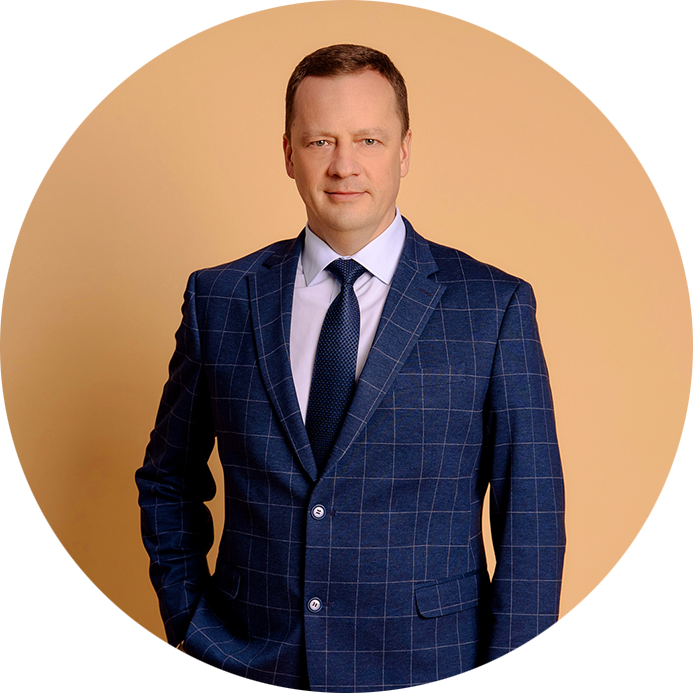 Sergey Viktorovich Korotkov
Managing Director of JSC "Pigment"
«The strategy of PJSC Pigment is aimed at continuous expansion and improvement of production facilities. This allows us to remain competitive, increases the profitability of the enterprise, and ultimately provides financial stability for our employees. »

In 1998 graduated in the Tambov State Technical University with a degree in Economics and Enterprise Management and came to work at Pigment OJSC as an economist.

In 2004 he was appointed head of the planning and economic department.

From 2007 to 2011, he worked at OJSC Torzhok Printing Inks Plant as a financial, then as an executive director.

From 2020 - Managing Director of PJSC Pigment. 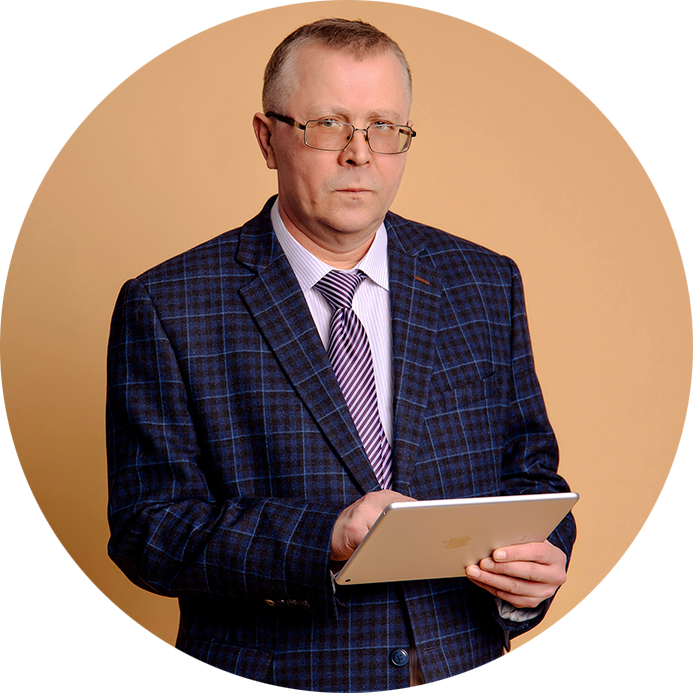 Sergey Valentinovich Atamanov
Commercial Director of JSC "Pigment"
«JSC Pigment, like any large enterprise, is actually a city within a city. Extensive infrastructure, including road and railways, own energy facilities, thermal power plant, industrial waste disposal system, makes it possible to minimize dependence on external factors, professionally and efficiently fulfill their obligations to consumers, as well as to society»

Graduated in the Tambov Institute of Chemical Engineering with a degree in Machines and Technologies for Processing Polymer Materials.

In 1985 started working at Pigment as a master in the production of dispersed dyes.

As part of the federal management training program, he completed training in the direction of "Management". 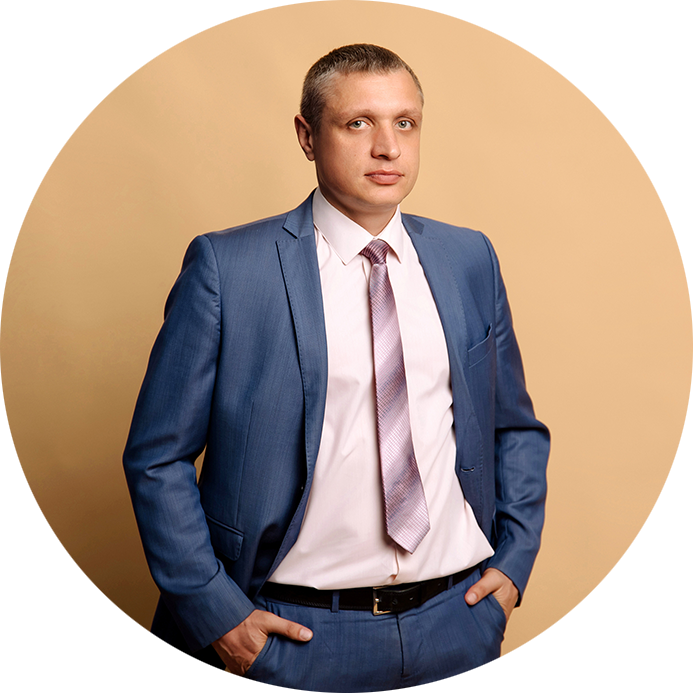 Roman Yurievich Pavlinov
Production Director of JSC "Pigment"
«All our actions are aimed at making the production work like clockwork - harmoniously and accurately, without failures, stops and losses, deliver the highest quality goods to the consumer on time»

In 2006 graduated in the Tambov State Technical University with a degree in Information Processes and Management. Immediately after graduating from TSTU, he began his career at Pigment.

In 2011, became deputy department head of production development of the resins & varnishes. Then headed the production workshops of semi-finished products, pigments.

Since 2018 - Director of Production at JSC Pigment.

General information
Mission and goals
History
Leadership
Geography of supplies
Company in numbers
Business ethics
Your browser is out of date, we recommend you update it to the latest version
or use another more modern one.
Ask a Question