Virtual tour around the Information & Exhibition Center of PJSC Pigment.

On June 4, the Russian Union of Chemists organized an online conference on the ZOOM platform Chemistry for Life: a virtual journey through the ecosystem of chemical companies. Among the invited participants were  the representatives   from manufacturing companies, educational institutions, financial  and social  organizations and others. Irina Chemercheva, the  head of the Information and Exhibition Center (IEC ) presented Tambov PJSC Pigment. This event was  devoted  to  the professional  holiday – Chemist  Day.

During the online conference, the participants discussed a wide range of questions , starting  from summing up the results of companies' work in a pandemic, the development of new production technologies, and ending with issues of training and interaction with society. The main highlight of the conference was a virtual tour of the "Chemistry Centers for People and Society". For the guests it was an opportunity to visit several information platforms in one day, one of which was the Information and Exhibition Center  PJSC Pigment.

The Information and Exhibition Center is a relatively young project of the Tambov PJSC Pigment. It was  officially opened in May 2019, on the eve of a professional holiday - Chemist Day. Initially, the Center was created as a gift for the 70th anniversary of the plant, but later it turned out to be a universal gift to the entire region.  There is no second such in the Black Earth Region. 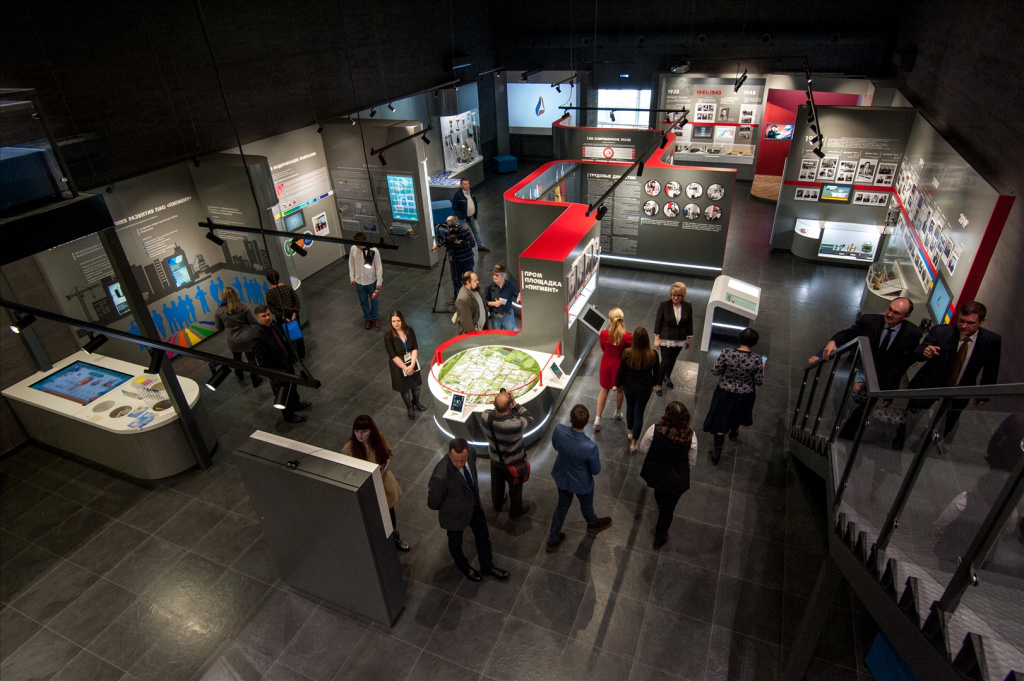 Today, the IEC is a multifunctional platform for a wide audience - an educational center for schoolchildren and students, a corporate museum for employees and veterans of the company, a place  to meet  with officials, partners, consumers and, of course, a platform where  city residents can  get to know  about  the history of foundation  and development  of PJSC Pigment.

The creation of the Center started  in 2016. The company team  together with the project executing company  had  carried out a  large-scale and painstaking work to implement the project. But the result was very rewarding.

“Before the official opening of the Center, the Pigment team checked the historical details, the authenticity of the exposition. About a thousand people who work in the main production facilities,  departments and offices of the company visited the IEC, they were our strictest judges who approved  the opening of the center, ”says  Irina Chemercheva, the head  of  ITC in her  presentation.

At the moment, the Center is  functioning in full scale, where there is an exposition hall with a software and hardware complex, a co-learning center, a cinema room, intellectual recreation areas, which are controlled by indoor and outdoor video surveillance systems. At the disposal of schoolchildren there is a chemical laboratory equipped with flow and exhaust ventilation and fume hoods, sinks, ovens , control and measuring equipment.

The exposition itself is divided into several information zones. In the historical part, guests can immerse in the atmosphere of memories: the plant chief  office with original furniture, documents and appliances; archival photographs; memories of company veterans, which can be heard by picking up the landline phone. 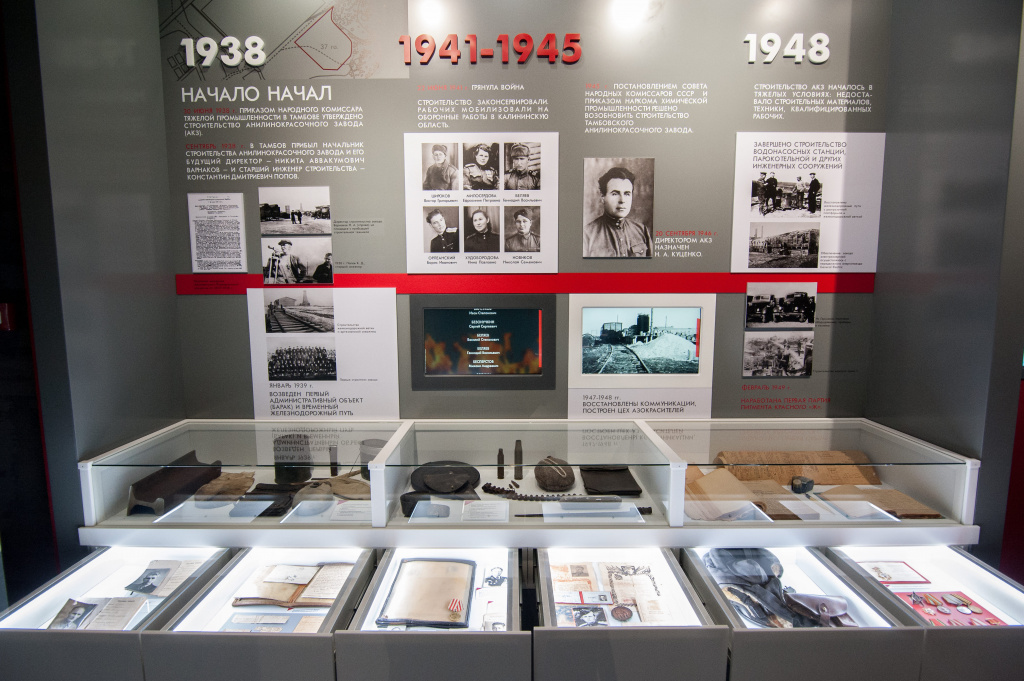 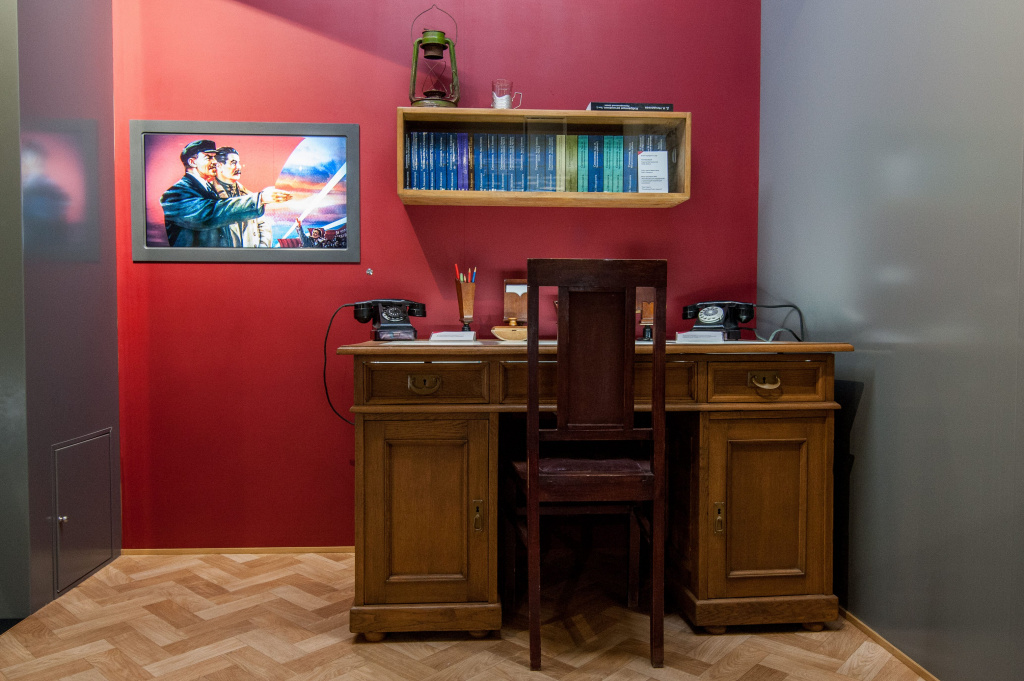 In the production zone you can  take a tour over  the company's production site. With the help of augmented reality technology, the visitors  can  get the  information about each facility of the plant, as well as to get the visual  impression   of  the  process of product manufacture. 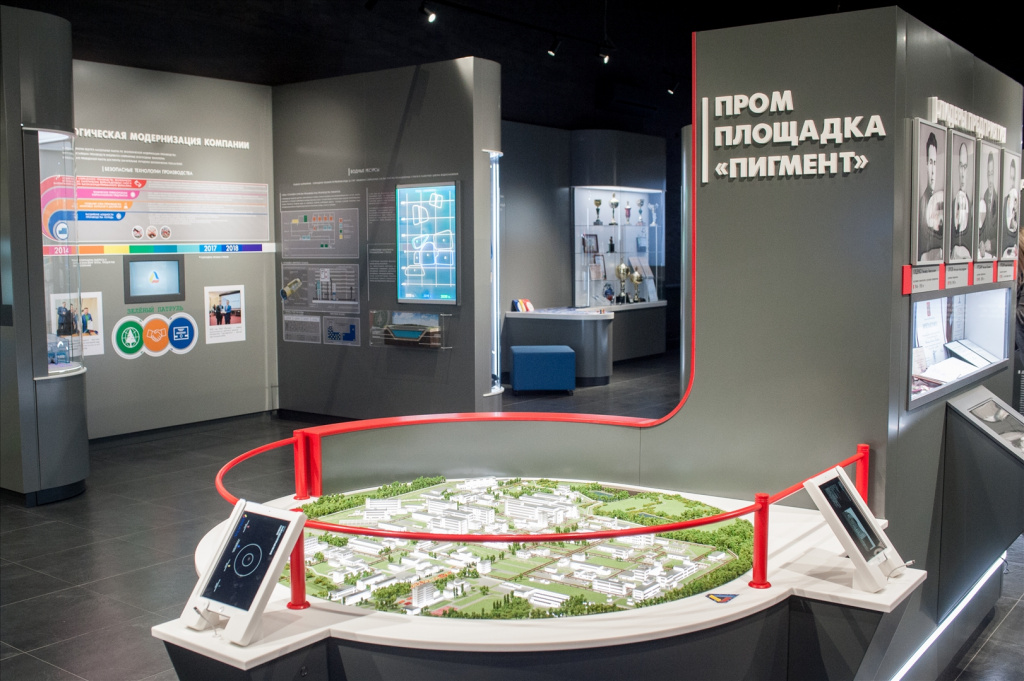 Science and innovation are given a special stand in the exhibition. Experimentarium for virtual experiments gives  the possibility for everyone  to test their abilities  and  to try  the role of a chemist. The fourth zone is aimed at the environmental projects of PJSC Pigment. Visitors are provided with full information about the company environmental activity, its responsibility in matters of preserving and improving the environment. At the final stage, guests can learn about  todays  company life  and  its plans for the future. 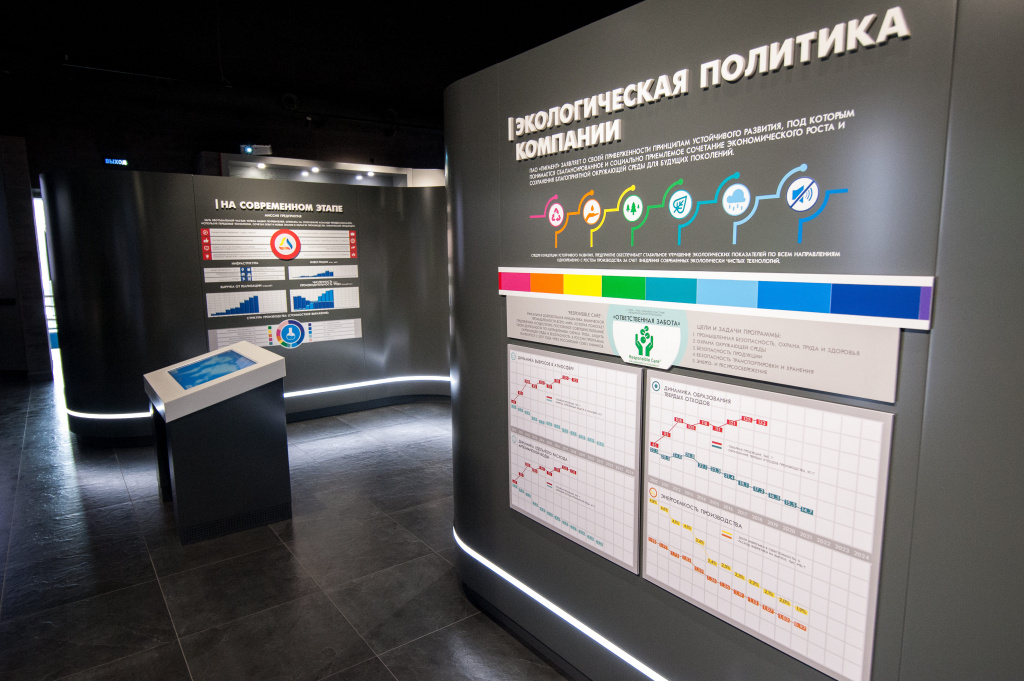 But the Pigment Information and Exhibition Center is not going to stop and currently, PJSC Pigment  together with the Tambov Authorities  are  working on the creation of the first Center for digital education of children "IT-cube". Training in additional  education programs on the basis of the Center will ensure early identification of students with programming skills, their involvement in the competition and Olympiad movement, and successful advancement along a professional trajectory.

As it has been  noted by  Irina Chemercheva , the exhibition center already has its own achievements in a short period of work. IEC is the winner  of the Grand Prix of the All-Russian award  "Route of the Year" - "The best route to the operating production". During  the  last year, an agreement on the development of domestic tourism in the Tambov region was signed with the Tambov region Authorities.

“For us, the most important  evaluating factor of our activity  is the unwillingness of guests to leave the exhibition hall. After finishing of the excursion  the  visitors can  to wander around the hall again in order to immerse themselves in the atmosphere of the past, and many of them come back again "- said Irina Chemercheva, the head of the IEC.

Irina Chemercheva finished her speech by inviting the conference participants to visit the Information and Exhibition Center personally and visually familiarize  with the presented exhibits. It is not for nothing that the proverb says - a picture is worth a thousand words.