Andrey Utrobin, General Director of PJSC Pigment: "We are always happy to improve our hometown”

PJSC Pigment is a participant  of the local  project for the improvement of a public gardens in city. The new green zone will become a real resting place for the company's employees as well as  for  all residents of Tambov.

The history of the creation of the park began in February 2020 when PJSC Pigment and Tambov Authorities had signed an agreement on the improvement of city property. The choice of the site fell on the nearby territory, located opposite the office building  of PJSC  Pigment. Before, there was an abandoned territory, that not only spoiled the general view of the area, but created an even emergency situation for transport. Overgrown tree branches interfered with the path of the electric wires.

At the initial stage of the project, the company's employees carried out a lot  of preparation work: cleaned  the area from debris, cut down old shrubs and trees, prepared the soil, laid paving slabs, prepared  the irrigation system, laid  a cable for night  illumination, as well as placed benches.

The next step was tree planting. The General Director of PJSC Pigment, Andrey Utrobin, together with managers team of the company  planted 33 catalpa tree seedlings. Thus, the company contributed  to the history of Pigment  and  to the improvement of their hometown. 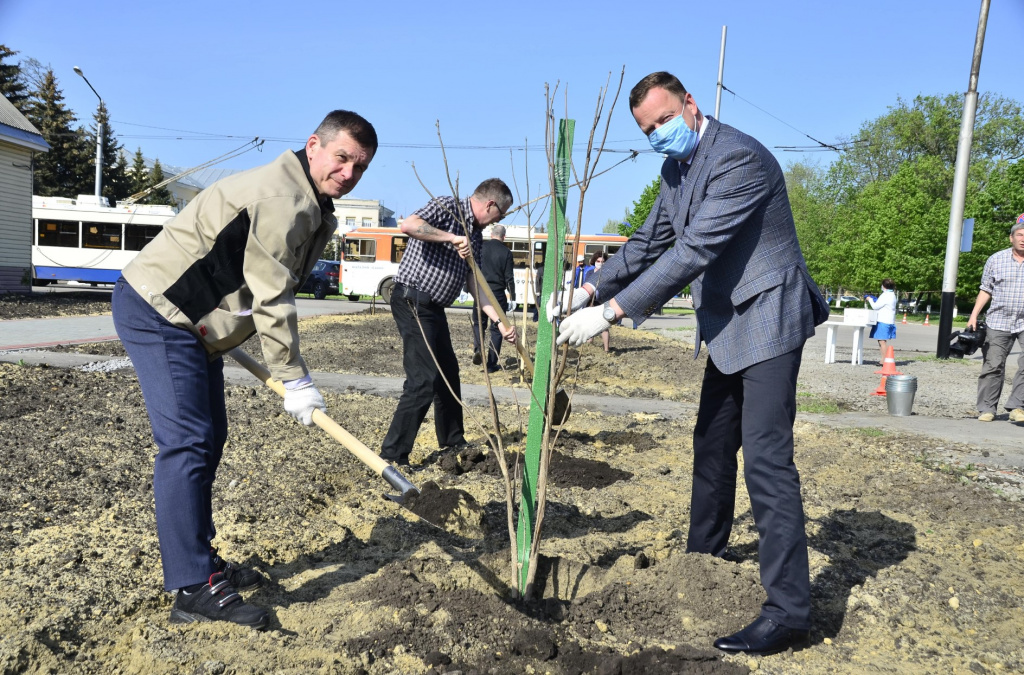 “Of course, it's a pity that this event was held in a pandemic situation. We took all the prescribed precautions. he planting was arranged as follows: each hole was divided  for  two persons  and was located at a distance of 4-5 meters from each other. Even though the situation is complicated we are always happy to improve our hometown. " 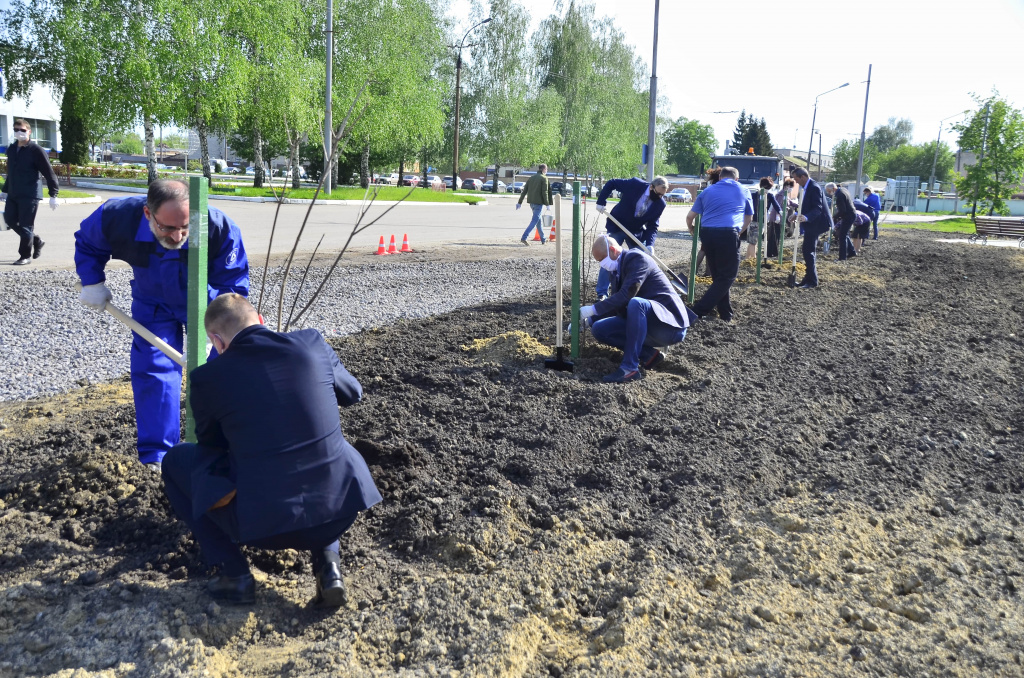 Also, every year at the end of May, Pigment PJSC celebrates a double event: the professional holiday   - Chemist Day and the company's birthday. In the next years, the flowering trees, during this period, will create a bright mood not only for employees, but also for guests of the company.

Today the company continues the project for the improvement of the park :planting lilac bushes, thuja tree , installation of street lamps. Completion of project is scheduled for late May - early June 2020.