Andrey Utrobin, General Director of Pigment JSC, made a welcoming speech. He noted that this is the fourth charging station in the Tambov region, the opening of which will continue the growth trend of the region's charging infrastructure. 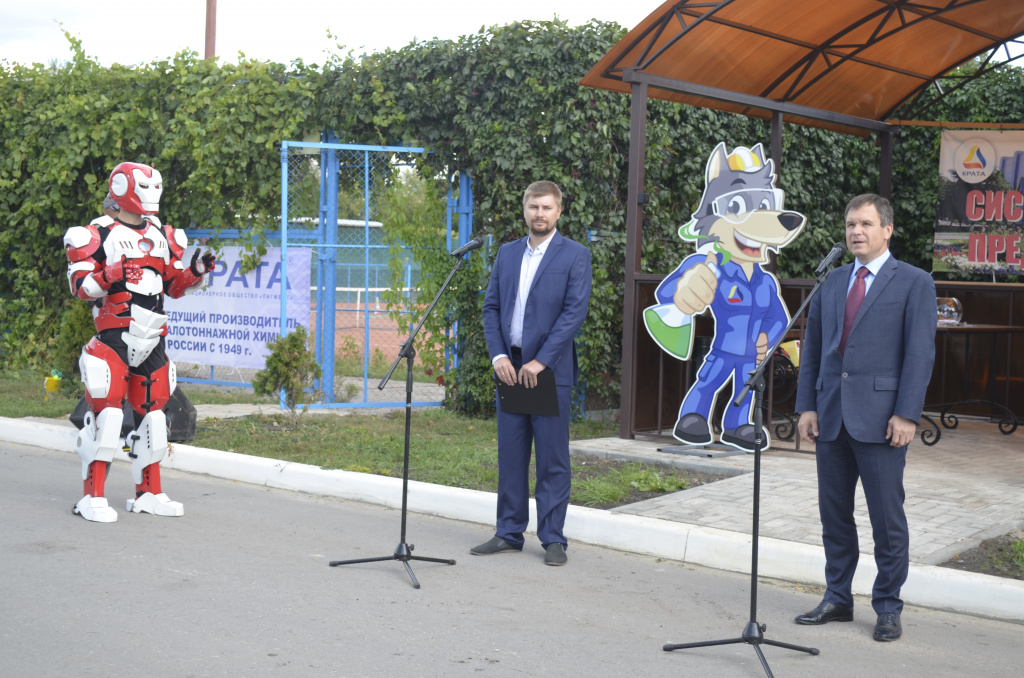 - “Not so long ago, the community of electric vehicles of the region approached us with the idea of ​​installing the station , and we decided to support the public demand and make a feasible contribution to the development of transport infrastructure for electric vehicles in the Tambov Region. To be honest, this request was close to us not only as an advanced production, but also as a strategy that we support to care for future generations and reduce air pollution. Today, plans are being developed around the world to abandon the classic internal combustion engines and switch to electric vehicles and plug-in hybrids. I think I will not reveal to anyone a secret that the transition to this type of transport is actively supported by the state and the recently adopted comprehensive development documents, ”he said.

The project was headed by Ivan Uglov, head of the digital technologies development department of Pigment JSC. In his speech, he spoke about the main advantages of the new charging station.

A little more detail. The Belarusian-made charging station will allow you to simultaneously charge two cars with different types of connectors in slow and fast modes. The power of the station is 80 kW. The equipment supports international charging standards (CCS, CHAdeMO and Type2) and allows charging in slow and fast modes. There is also a GB / T fast charging connector for Chinese-made cars. The installed charging station "KRATA Energy" is provided with protection against misuse, meets the standards in the field of environmental and industrial safety, as well as the requirements of Russian legislation in the field of servicing vehicles with electric motors. Note that the supply of electricity will be carried out through the company's own power unit. The cost of 1 kilowatt is 4 rubles.Payment will be made through the Charge & Go app, which is available on iOS and Android.

The symbolic opening of the charging station was the launch of balloons by the general director of Pigment JSC, Andrey Utrobin, and acting. Deputy Head of the Administration of the Tambov Region Natalia Makarevich. 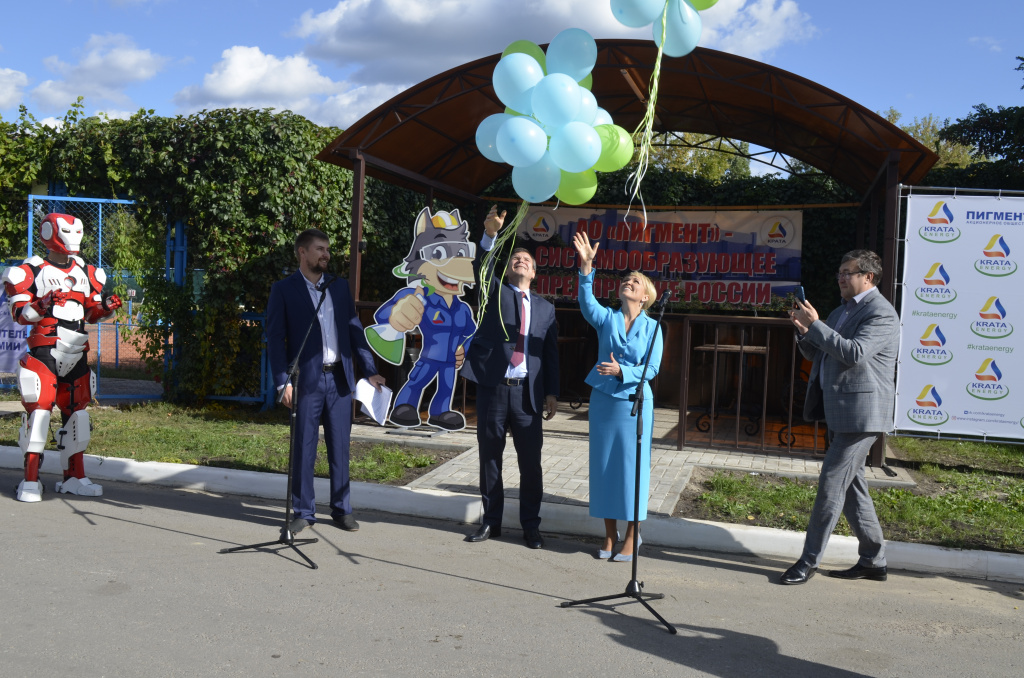 - “Today in our region there are slightly more than 60 electric cars, but I hope that soon the situation will change in the opposite direction, the number of cars of this type will grow. Well, today we can only thank Pigment JSC for an effective and progressive look into our future ”- noted Natalia Makarevich. 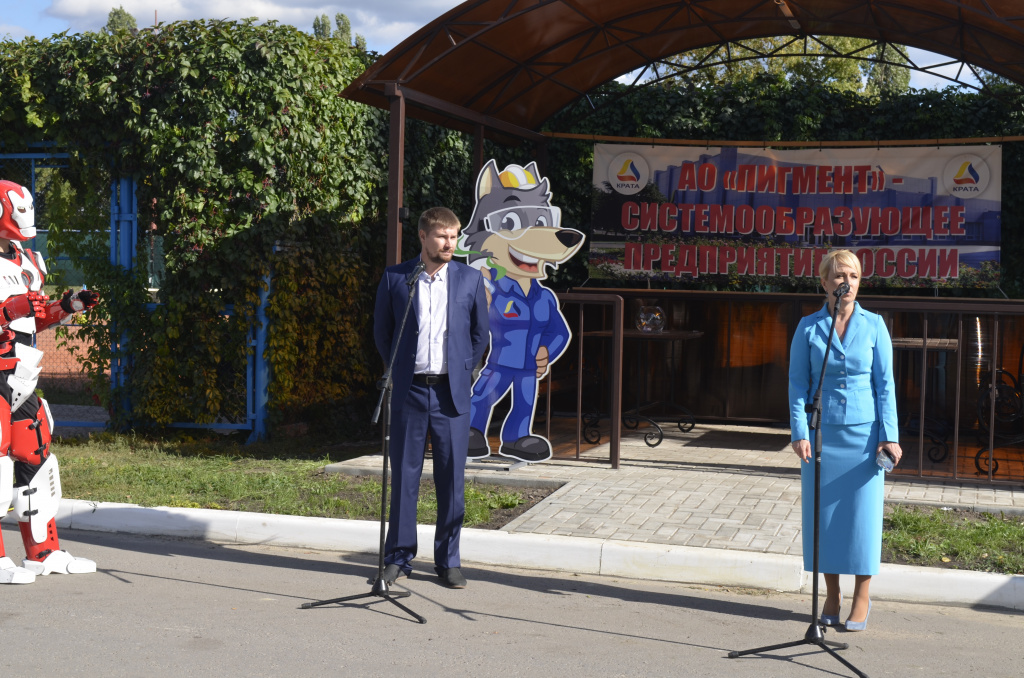 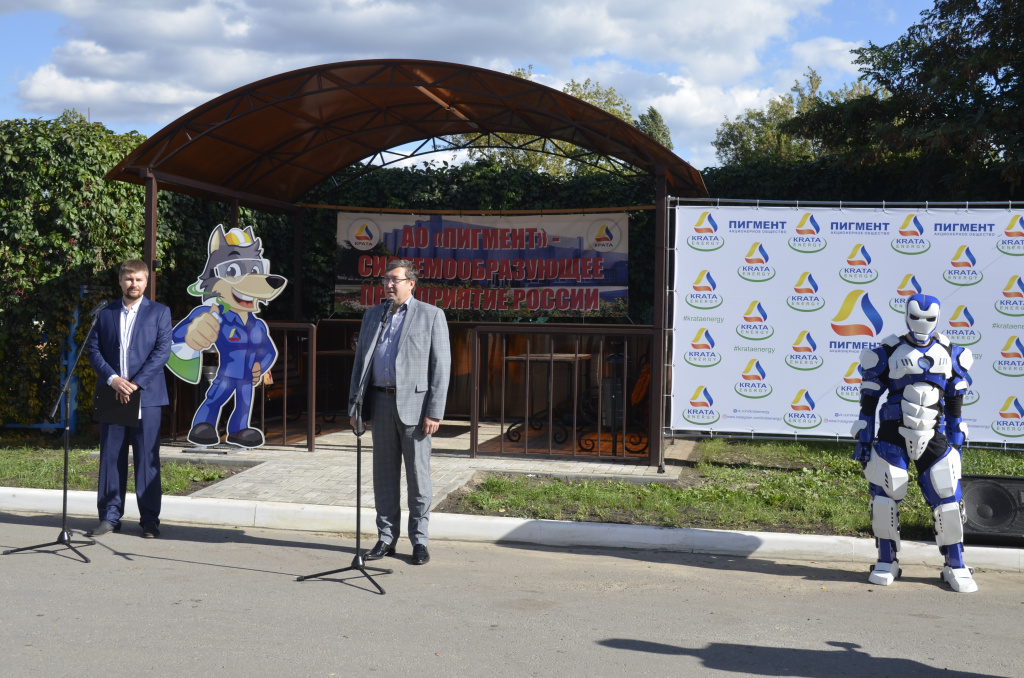 Note that the KRATA Energy charging station will operate around the clock. Today the territory is equipped with a comfortable gazebo for relaxation. While the car is charging, car owners will be able to use the facilities and comfortably spend time in the information and exhibition center, sports complex, stadium, and the company's tennis court. Subsequently, Pigment JSC will continue to develop infrastructure for a comfortable pastime for transport drivers.